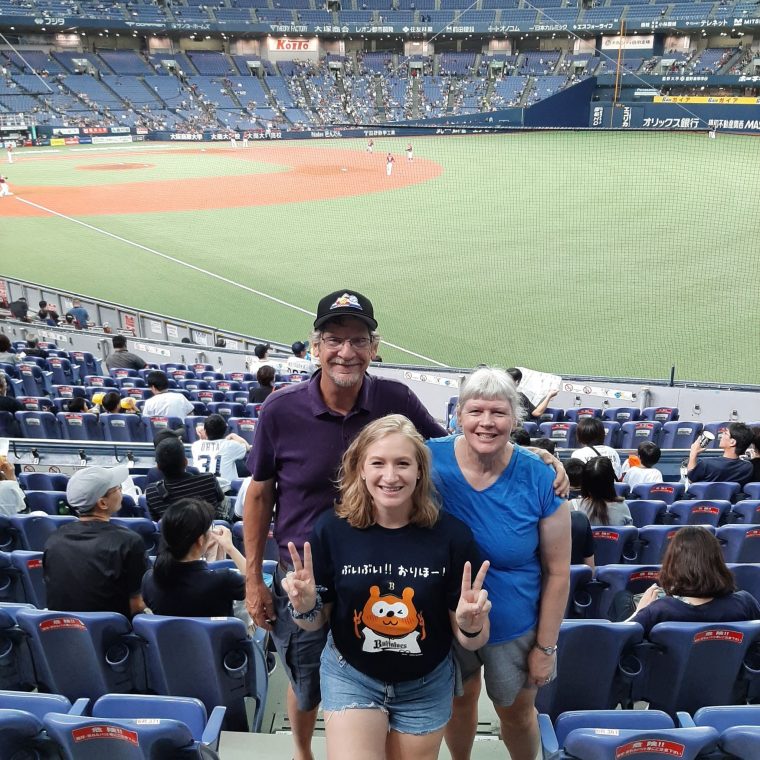 I grew up in St. Louis an avid Cardinals fan. My mother taught me from a young age that the Cubs, Dodgers, and Yankees were the enemy. I even worked as an usher at Busch Stadium while I was in college.

I moved to Boulder in 1981 to work at the National Oceanic and Atmospheric Administration (NOAA) until I retired in 2015. In addition to following the Cardinals from afar I got my first taste of Minor League ball by attending Denver Bears and Zephyrs games. When the Rockies arrived in 1993, my allegiances shifted and I have been a season ticket holder since day one. My husband, Kevin, and I enjoy going to Arizona for Spring Training and visiting minor league teams across the country. We have two children who also love baseball. Our daughter Kerry lives in Denver and will never forgive us for selling her ticket to game 3 of the 2007 World Series where Carrie Underwood sang the National Anthem. Our son James lives in Asia and on one of our visits we were able to attend a professional baseball game in Osaka, Japan.

I’ve been volunteering at the museum since August 2018. As with many of the volunteers I was recruited when I came in for a tour – and now I give them. My favorite part of working at the museum is sharing stories about baseball with our visitors. I absolutely love to point out that Mile High Stadium (known mostly for the Denver Broncos) was built in 1948 as a baseball stadium named Bears Stadium.