Welcome to Pittsburgh! More specifically the Oakland neighborhood a few miles outside of the city center, can you believe how this area has grown since 1909 when the Pirates’ owner Barney Dreyfuss built Forbes Field on seven acres near the Carnegie Library? People thought Barney was crazy when he moved the Pirates all the way out here – a whole 10 minute trolley ride! The stadium was not alone as the University of Pittsburgh continued to grow their campus right next door. In fact, the University purchased the stadium in 1958. Barney was crazy like a fox. He built his stadium to last. It was one of the first steel and concrete stadiums, opening just after Philadelphia’s Shibe Park on June 30, 1909.

Forbes Field was very modern with spacious seats (like me), ramps, elevators, and some of the first luxury seats on the third level of the grandstand. Barney also hated cheap home runs. To prevent them he designed the field with generous dimensions. Left field was 360 feet and it was 376 feet to right. The deepest part of the park was near center at 462 feet. Aside from the large dimensions, fielders also had to worry about the batting cage which was originally stored on the field behind home plate, but was moved in 1943 to center field near the flag pole. Both obstacles were in play. After lights were installed in 1940, the light poles were also in the field of play. Triples and inside-the-park home runs were numerous.

Forbes Field was a very popular place. Overflow crowds often had to sit on the field in the 1920s. In 1925 the grandstand was expanded into right field to add more seats and the wall was moved in to 300 feet. In 1930, the right field wall was raised to 28.5 feet to decrease the number of home runs. Forbes had numerous firsts and lasts in its history. The last triple header was played here in 1920. The first game ever broadcast over radio was hosted here the next year. Babe Ruth hit his final three home runs of his career here in 1935. The last one was the first ball ever hit over the right field roof. Probably the most famous first was when Bill Mazeroski hit the first walk-off home run in a World Series Game 7 in 1960.

Oh the players I saw during the 62 seasons of baseball in Forbes! Honus Wagner was the very first shortstop on the infield. I even got to see Wagner face off against Ty Cobb in the 1909 World Series. In 1930 Josh Gibson made his debut for the Homestead Grays right here. And I got to enjoy seeing the great Roberto Clemente for the first 15 years of his career before the park closed in 1970. I was sad to see the ballpark go. But part of the outfield wall is still standing on the University of Pittsburgh campus. Drop on by sometime. 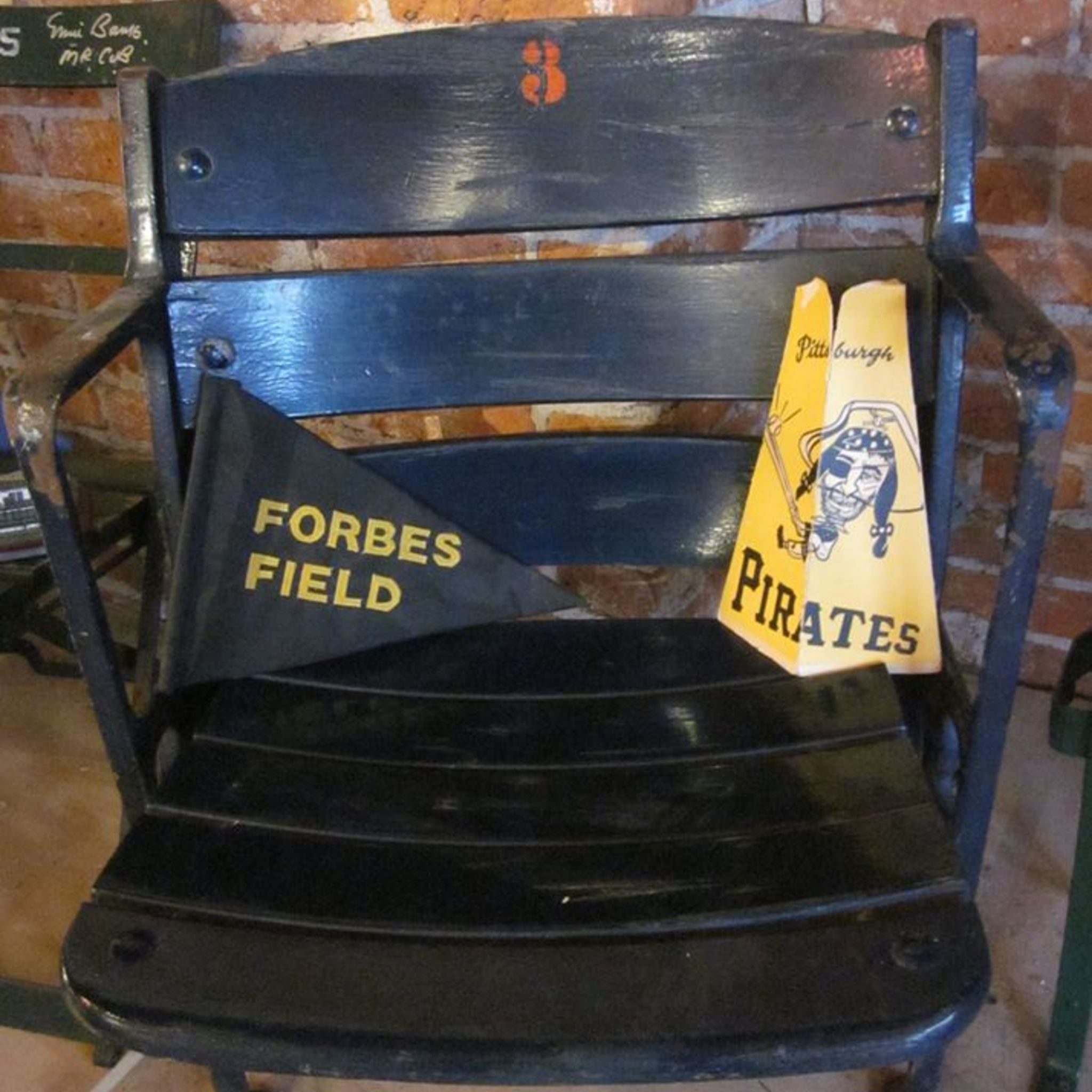