This review was written by our Media Relations Manager Moriah Nelson

When the Oakland A’s lost Jason Giambi, Johnny Damon, and Jason Isringhausen after the 2001 season to new contracts that granted them $33 million per year, they had to get crafty with how they replaced them. They had to do this all while their entire team payroll was only $5 million more than Giambi, Damon, and Isringhausen would make in a season. General Manager Billy Beane and his right hand man Paul Depodesta would go on to start a revolution in the game of baseball, by using statistics that every major broadcast and analyst uses today to analyze Major League talent. Before we measured WAR and had websites like Baseball Reference, scouts were judging which players they wanted to draft or trade for by not just how pretty their swing was, but by how pretty they were as well.

Moneyball takes the reader through the minds of Bill James and Voros McCracken, two baseball fans who took matters into their own hands and found new ways of evaluating the game, ways that Beane and Podesta would go on to use at the Major League level. In fact, during the 2002 season, which Moneyball is based on, they were the only big league front office to do so. Lewis does an excellent job of highlighting the different players on Beane’s island of misfit ballplayers who other teams wouldn’t take a chance on but Billy knew got on base enough or threw just obscure enough to create the statistics he wanted his team to create.

If you’ve seen and enjoyed Brad Pitt on the big screen then you will absolutely enjoy this book. It is perfect for keeping your baseball mind sharp in the offseason or for sparking new ideas of how you watch the game during the season! 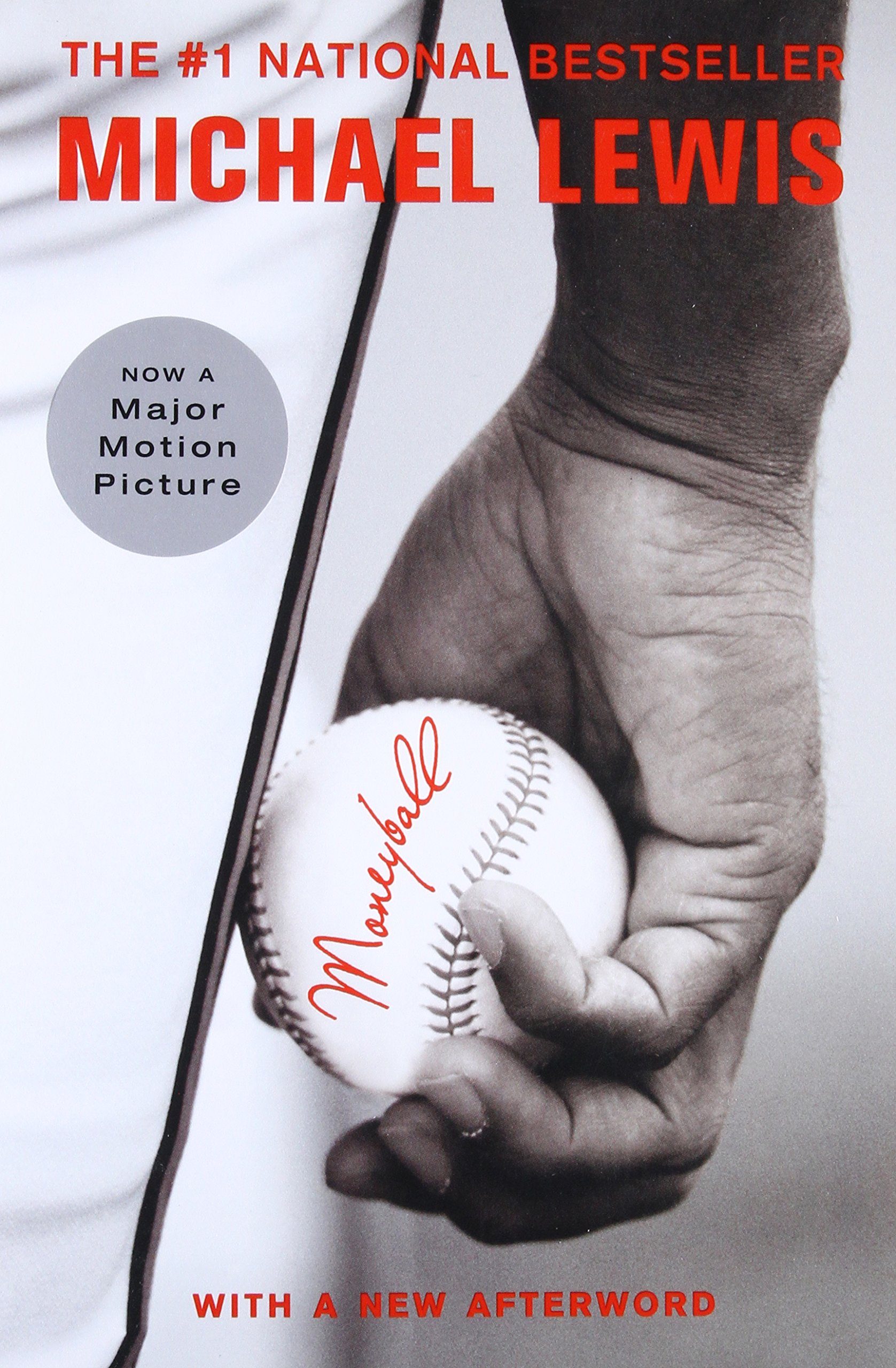 Personal note from the reviewer: When people ask what my favorite baseball movie is, the answer is always Moneyball. This answer usually brings a few head scratches or some nervous laughter when the rest of the room is spouting off The Sandlot or Major League. (I also get a lot of “Not A League of their Own?” which is a great movie but just because I’m a woman… that’s a rant for another time) Both this book and the movie describe why I love the game of baseball. You can love it for the atmosphere, the physicality of the players, the mental agility of the players, or the nitty gritty of it all. I also like to hope that one day my low payroll Colorado Rockies will pull together an actual analytics department and do what the A’s did. A girl can dream can’t she?

Buy Moneyball on paperback, Amazon Kindle, or as an audiobook
Rent Moneyball the movie